The “Missing Author” series is back! Thank you readers, for wanting to know what happened to your favorite mystery authors who, for whatever reason, haven’t published in a while. Thanks also for introducing me to some great new-to-me authors. I really enjoyed the late Graham Landrum’s The Garden Club Mystery.

Read on for the latest updates:

Barbara D’Amato, author of three series set in Chicago. Brian D’amato (son?) posts frequently on her Facebook page. But she does not. Curious.

I emailed Ms. Haddam on May 25, 2017, asking about her plans for the Gregor Demarkian series. Fighting Chance is the most recent  book in the series, and that was published in 2014. She didn’t respond. However, on January 9, 2018, she introduced the Georgia Xenakis series with Dead Letters.

She’s blogging and has a new Facebook author page. She’s experimenting with a GoFundMe page. Read about it here.

On March 11, she posted that she was in the hospital and not feeling well. 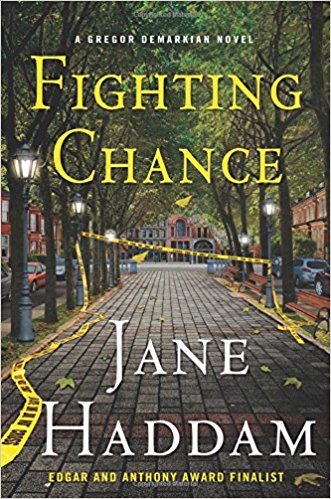 M.D. Lake, aka Allen Simpson, author of the Peggy O’Neill mysteries, set in Minnesota. I was corresponding with the president of the Twin Cities Sisters in Crime a few months ago; she asked one of the chapter’s members to contact Allen. I haven’t heard back yet, but I’m following up.

Ann Ripley, author of the Gardening Mysteries. She’s on Facebook. On February 26, 2017, she posted to a friend:

My agent is looking at a mystery I’ve written. If someone buys it, I’ll go out and drink a couple of margaritas.

I hope Ms. Ripley has had success.

Here’s her bio from FantasticFiction, and it’s fascinating. Ms. Sawyer has an impressive resume. She last published in 1999.

Beth Sherman, author of the Jersey Shore mysteries. According to a mutual mystery author friend, Ms. Sherman is a college professor and publishes fiction and poetry in literary journals. She has been pursuing her PhD. Apparently she has moved on from mysteries.

She is publishing western romances, and has a new one coming out on April 3, 2018. Here’s her response to my inquiry about the status of her diner series:

Unfortunately, the series ended after IT’S A  WONDERFUL KNIFE. The publisher didn’t want it anymore. Darn it! I am writing bull rider books for Harlequin right now, but you never know. I might  publish more of Trixie and the gang  myself!!

Thanks for writing. I appreciate your interest. And sorry for the delay in replying to you.

Shirley Damsgaard, author of the Ophelia and Abby series, set in small town Iowa. Shirley accepted my Facebook request and she is a frequent poster. Earlier this year I sent her a Facebook message, asking if she planned to return to her series. She didn’t respond. But I followed a hunch and found this Facebook posting from Shirley on September 17, 2017:

Thanks for all the comments on my little survey! There were so many that I couldn’t reply to each one separately! And a special thanks to everyone who wants more Ophelia and Abby! It means more than I can say that there is still an interest in “the girls!” Even after all this time since the last release! I am trying to get back in the game so to speak and doing some rearranging in my life to make it more conducive to writing.

A little background on what set me pondering the short story-novella question. On Saturday, I had a terrific time attending a reading given by one of my “besties” and fellow author, Tamara Jones (totally unbiased pitch here…she has a new book coming out October 3rd, “Morgan’s Run,” and as one of her first readers, I can tell you, it’s really good! ?) Anyway, at the reading, I also met her publisher, Aaron Bunce, and as things usually go when those involved in the industry get together, the conversation turned to marketing and how to be successful. It brought to mind as to whether or not short stories and novellas could be used as an effective tool to help build a readership, but I wondered just how popular they are.

It seems from your comments, that most of you do enjoy them. AND several of you made important points….1. don’t leave you hanging at the end of the story; 2. Use the story to give you further insight into the series’ characters. The last point was something I really hadn’t considered while working on this current piece, but will now! Tink plays a more central role in this story and, thanks to your comments, I will definitely look at ways to let you all get to know her better!

Again, thanks for the input!

Shirley did publish a collection of stories, Shadow Tales, in 2011. It includes an Ophelia and Abby story. 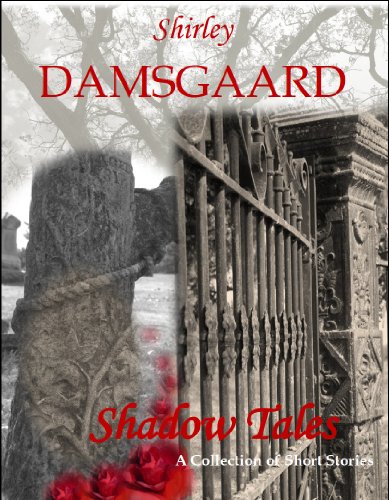 Madelyn Alt. I get more requests on her whereabouts than for any other author. I don’t have any info on her beyond this post from 2016.

I’m having a tough time finding information on the status of the following authors. If you know anything, please leave a comment:

K.J.Erickson, author of the Mars Bahr series, set in Minneapolis

“Whatever Happened to Gabrielle Kraft?“

“Whatever Happened to (Name an Author)?“

“In Memory of My Favorite Mystery Authors (And Maybe Yours)“

“Those Missing Authors: An Update“

Do you have a favorite author who hasn’t written in some time and isn’t included in one of the above posts? Yes? Include the name(s) in the comments section and I’ll see what I can find out. It may take me some time but I will get back to you, either personally or in an upcoming blog post.

Some authors are easy to find, while some are not. Fortunately, many still maintain websites and are active on social media so I can contact them. Often life circumstances put her or his writing on hold. Some are making a comeback with a new series. Sadly, I find that some have left us for the great beyond. Others have seemingly vanished.

Find bibliographies for the above authors on Stop You’re Killing Me, a great resource for mystery lovers.